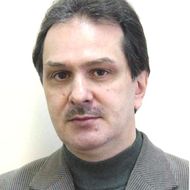 There is a wide spread opinion — both among general public and in literature — that the USSR lived through a “golden age” in the development of computing machines. Some believe that it ended with the collapse of the Soviet Union, others — that its decline began with the start of mass production by IBM (big and medium-sized computers) and DEC (small computers) clones. Yet, proponents of either point of view tend to exaggerate the real (though often indeed prominent) achievements of Soviet computing and to explain the fact that the USSR was lagging behind the West, which had already become obvious by the early 1980s, not by objective factors (common for all Soviet industries) but by “CIA special operations,” “fifth column conspiracy,” etc.

Unfortunately, the history of Soviet computing is mostly researched by journalists. Usually they receive information not from archives, but former developers directly. Developers, in their turn, recall the past nostalgically and often subjectively. In Russia, there are only few works, which use documentary sources.

Moreover, one should understand that during the confrontation with the West Soviet state propaganda used to exaggerate the country’s real achievements while the existence of any problems wasn’t just hushed down but actually denied. Therefore it is now impossible to understand the real picture based on official Soviet sources only. For example, front page of Pravda newspaper for 27 November 1953 contains an article about “Soviet constructors’ important achievement”: namely, the creation of T-5 tabulator. The article mentioned that the new tabulator was made of 110,000 pieces, contained 5 km of cables, etc., but of course it did not mention the fact that the new machine was inferior to its western analogues built some 15-20 years earlier, i.e., before the war (for example, T-5 could not perform multiplication and division functions). The main goal of such publications or news on radio and TV was to make the audience believe that Soviet computing was prospering.

Documents describing the situation objectively (various reviews, reports or private letters to the highest party and state organs) were classified. Most of them still remain unpublished.

It is difficult to write the full history of the development of Soviet computing in one short text, especially since its top inventions were indeed world-level achievements (e.g., Sergey Lebedev’s BESM-6) or had no analogues abroad at all (Nikolay Brusentsov’s Setun ternary computer, Israil Akushsky and Davlet Yuditsky’s modular computers). So the current paper presents an attempt to analyze various expert opinions on the real state and level of Soviet computer.

The “Short Review on Computing Machines” (which was classified) is probably the first such document. It was released in April 1953 by Special Design Bureau № 245 (SKB-245) of the Soviet Machine Building and Instrument Making Ministry; SKB-245 developed the country’s first computer of serial production — Strela. The document contains a rather detailed description of the functional scope of computers and of both Soviet and US developments. I will cite several conclusions made by the authors of the review:

“The Soviet Union has created a base for research, construction and production of domestic mathematical machines… Several types of mathematical machines are currently being developed: those are machines for both universal and specialized use. The analysis of comparable technical parameters shows that there are machines with cutting edge technical parameters are being developed in the Soviet Union. In some cases our constructors choose their own unique ways by creating machines with radically different structural schemes.”

It might seem that everything is fine though the authors are not entirely sincere when they write about “cutting edge technical parameters” and do not mention the fact that Soviet engineers often had to find new ways due to severe lack of equipment. Nevertheless, the review continues like this:

“On the whole, the state and tempo of mathematical machine development in the Soviet Union cannot be called satisfactory due to the following reasons. The scale of machine construction is obviously not large enough. There is not enough research… The capacity of the Machine Building Ministry plant involved in the production of mathematical machines is not big enough. The capacity of the plants affiliated with the Ministry of Electrical Power Stations and Electrical Industry is not big enough in terms of the development of certain elements and devices…”

At the end of the review it was mentioned that only some Moscow- and Leningrad-based research centers would be equipped with mathematical machines. Distribution plans did not mention any other of the country’s major research or industrial centers.

The document also contains the following figures: in the USA there were 20 machines of 16 types in use; machines of 10 more types were under development. At the same time, in the USSR there were two computers in trial use (one in SKB-245 and one in Lebedev’s Institute of Precision Mechanics and Computer Engineering (IPMCE)). It was planned that SKB-245 would develop and produce 9 more machines by 1955 but by 1957 it had managed to produce and install only 7 machines.

A similar review (dated 2 March 1955) was written by Professor Dmitry Panov of IPMCE, who sent it to the Department of Science and Culture of the Central Committee of the Communist Party of the Soviet Union. This classified document contained a detailed description of US computing machines of various types and comparative analysis of Soviet and American machines. The expectations listed in the 1953 review did not come true: by the time the 1955 report was written the USSR only had 4 machines of 4 different types while the US had 2284 electronic computers, including 60 big and 110 medium-sized ones. This led the authors to some rather non-optimistic conclusions:

Despite the fact that the number of computing machines in the USSR was growing, the situation in the following years did not change much, and the problems that existed were actually getting worse. In 1967 famous Russian researcher colonel Anatoly Kitov sent an analytic report to Leonid Brezhnev, General Secretary of the Central Committee of the Communist Party, titled “On the State of Electronic Computing Equipment in Our Country.” The paper gave a very realistic description of the situation:

“The state of electronic computing equipment development in our country is currently very bad. Our lagging behind the USA and other capitalist countries is not getting any better — on the contrary, it is quickly getting worse. Nowadays there are nearly 30,000 highly reliable computers in the USA, they are equipped with all the necessary external devices and a well-developed system of mathematical software. In our country the development and production of computers is still spread across several ministries whose works in not in any way coordinated; there is unhealthy hidden competition between ministries. We have slightly more than 1000 computing machines, many of which are outdated and inefficient. We have no data input and output devices which would meet demands of the modern world and which are necessary for economic use of computers. Machines are produced without relevant mathematical software and therefore cannot be used efficiently. The situation with magnetic tapes, which are unreliable and cannot ensure long-term data storage, is catastrophic. Still, even such tapes are produced in insufficient quantities… The memory of the machines that are produced is small…”

Such assessment could not be published in mass media of course but on the whole, the country’s professional community did understand that despite all official optimism there was absolutely no parity with the US in terms of computers. I would like to cite a curious statement by one of the country’s leading researchers that I heard approximately in 1979 at a rather high-level discussion about military use of computers: “There has been a positive trend recently. The rate of our lagging behind the US has stabilized!”

It is widely known that in the post-war years the USSR managed to reach parity with the US in terms of nuclear weapons development and to compete with the US in the sphere of space research until mid-1960s. Yet in the area of computers the USSR was always trying to catch up. For a long time computers were not considered to be crucial for national development; it was believed that this industry was important but lacked independent value.

In the beginning, the development of new-generation computing equipment (i.e., electronic) did not go easily. Even many professionals were skeptical about its prospects, while the industry’s management believed that the lack of machines could be compensated by additional resources, i.e., people equipped with arithmometers and desk calculators. So, the first stages of research were conducted by teams of self-motivated scientists who had to operate despite lack of financial and material resources.

When scientists finally convinced the country’s leadership that a number of computing machines would be required for the development of nuclear weapons and means of nuclear delivery, anti-ballistic missile systems and missile attack warning systems, such machines were indeed created. The country had enough resources, including scientific talent, to maintain parity with the US in these crucial areas.

There was, however, no parity whatsoever in terms of civil use of computing equipment. There were no economic or social conditions for the promulgation of cheap yet high quality computers in the USSR, so computer revolution of the late 1980s caught the country unawares. Serious social cataclysms that followed soon afterwards led to the fact that the gap with the West in the sphere of computer development was removed from the agenda for a long time.

Some articles on Soviet computing: