For a researcher in a diverse and quickly developing area of knowledge such as computer science, it is important to maintain a broad perspective and strive to understand what colleagues in related fields are studying. This requires a platform where specialists can meet and tell each other about their latest findings in a common language. Such a platform is the Colloquium of HSE's Faculty of Computer Science. This platform is a faculty-wide academic seminar designed for teachers and research staff, graduate and undergraduate students, as well as those who are interested in computer science.

Colloquium meetings are held on Tuesdays in the Faculty of Computer Science building at Kochnovsky Proezd, 3, lecture hall 205, 2nd floor.

For a pair of permutations with

in the Bruhat order, the Bruhat interval polytope is defined as the convex hull of points associated with permutations

. It lies in a permutohedron and is an example of a Coxeter matroid polytope.

In this talk, I will explain that a certain family of Bruhat interval polytopes, which are particularly combinatorially equivalent to a cube, determines triangulations of a polygon. It turns out that the Wedderburn-Etherington numbers which count \emph{unordered} binary trees appear in their classification. If time permits, I will discuss another family of Bruhat interval polytopes and their classification, where directed paths, more generally directed Dynkin diagrams appear.

This talk is based on recent joint work with Eunjeong Lee (IBS-CGP) and Seonjeong Park (Jeonju Univ.).

Of Points and Lines: Graphs, Metrics, and Betweenness

Given n points in the Euclidean plane, they are either all collinear or define at least n distinct lines. This result is a corollary of the Sylvester-Gallai theorem. Its combinatorial generalization was proven by de Bruijn and Erdös in the forties. In 2008, Chen and Chvátal described a generalization of the notion of a line to any metric space and conjectured that the same result remains true in that framework. Since then, a growing community of researchers has been investigating this question. It remains open for metric spaces and even for those specific metric spaces generated by graphs. In this talk, we shall see a broad overview of the state of research on the matter: results and (many!) remaining open questions.

Some Adventures in Boolean Satisfiability and Its Logic Synthesis Applications

Boolean satisfiability (SAT) is a fundamental NP-complete problem. Its general and simple formulation makes it an ideal problem to tackle. Although SAT is intractable, many efficient solvers have been engineered and widely applied in industries. This talk will introduce some of the key enabling techniques in SAT solving and showcase some applications in logic synthesis.

From Theorem Proving to Cognitive Reasoning

Starting from a depiction of the state of the art in predicate logic theorem proving we address problems which occur if provers are applied in the wild. In particular we discuss how automated reasoning systems can be used for natural language question answering. Our approach to take common sense reasoning benchmarks within the Corg project is presented and we demonstrate how word embeddings can help with the problem of axiom selection.

From Start to Goal: How Mobile Robots Plan Their Paths (Methods and Algorithms)

The ability to move is the key feature of mobile intelligent agents such as mobile robots. No wonder that the problem of autonomous naviga-tion has been extensively studied in robotics and artificial intelligence. One of the prominent approaches is to decompose the navigation task into a series of subtasks such as localization, mapping, path planning, trajectory following, etc. In this talk, we will focus on one of such tasks, namely, on path planning (aka path finding), and will explore modern methods and algorithms tailored to solve it.

However, when synthesizing or analyzing distributed systems, in which events happen concurrently and the global state is not observable, this approach is not always appropriate, since concurrency is hidden in the interleaving of events. Therefore, several kinds of games in which the players can move asynchronously have been proposed in recent years. I will present an attempt to define such a game, originally conceived in order to tackle the problem of “observable liveness”, in which an agent tries to control a Petri net so that a given transition will fire over and over, assuming that only a subset of the transitions is directly controllable. 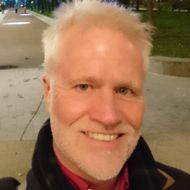 Computational models in psychology and neuroscience share many algorithms with machine learning, machine vision and artificial intelligence, but the focus of the research is different. Where applied fields try to create algorithms that solve or automate a specific problem, computational modelling uses these algorithms to better understand fundamental workings of human brain and cognition. Rather than optimizing a new process, we try to simulate and understand an existing process. While computational modelling is still a growing field, there have emerged a number of contenders that perform very well in simulating various neural and cognitive processes. Diffusion models of decision making, salience models of vision and more recently deep learning models of object classification have all shown promise on their respective tasks. This talk will give an overview of a number of these models and discuss possible points of overlap with computer science and cognitive psychology.