From April 4 to April 6, International IDAO-2019 data analysis finals organized by the HSE Faculty of Computer Science and Yandex with the support of Sberbank were held at Yandex HQ. 31 teams reached the finals. More than a thousand could not go past the qualifying stage, in which it was necessary to solve a problem from the muon research group of the LHCb collaboration of the Large Hadron Collider. The 36-hour finals, as in the past year, were full of surprises. Crazy ideas worked, the teams found themselves without a captain but still pushed forward, and the winner was not part of any team.

Yandex.Taxi Emil Kayumov: 'This is one of our real tasks — to be able to predict the waiting time for the next order for a taxi driver at the airport, so that drivers can better understand how long they have to wait for a client. The specificity is that we place orders in the order of taxi drivers' arrival at the airport, because, unlike the city, passengers have only one point where they can call a taxi. Drivers know how many cars are in front of them, but it is more convenient to know how much time to wait for their order. In some cases, you can be closer to the terminal or take a break and have a cup of coffee, and sometimes wait for an order for so long that it is better to return to the city center. In general, IDAO participants solved this problem approximately the same way we did, but you could see some good ideas that we hadn't thought of. For example, someone in his decision took into account the influence of different days of the week and holidays on the number of drivers and passengers. This is not exactly a business task, it will not help the company to make more money, but it will make life more comfortable for drivers.' 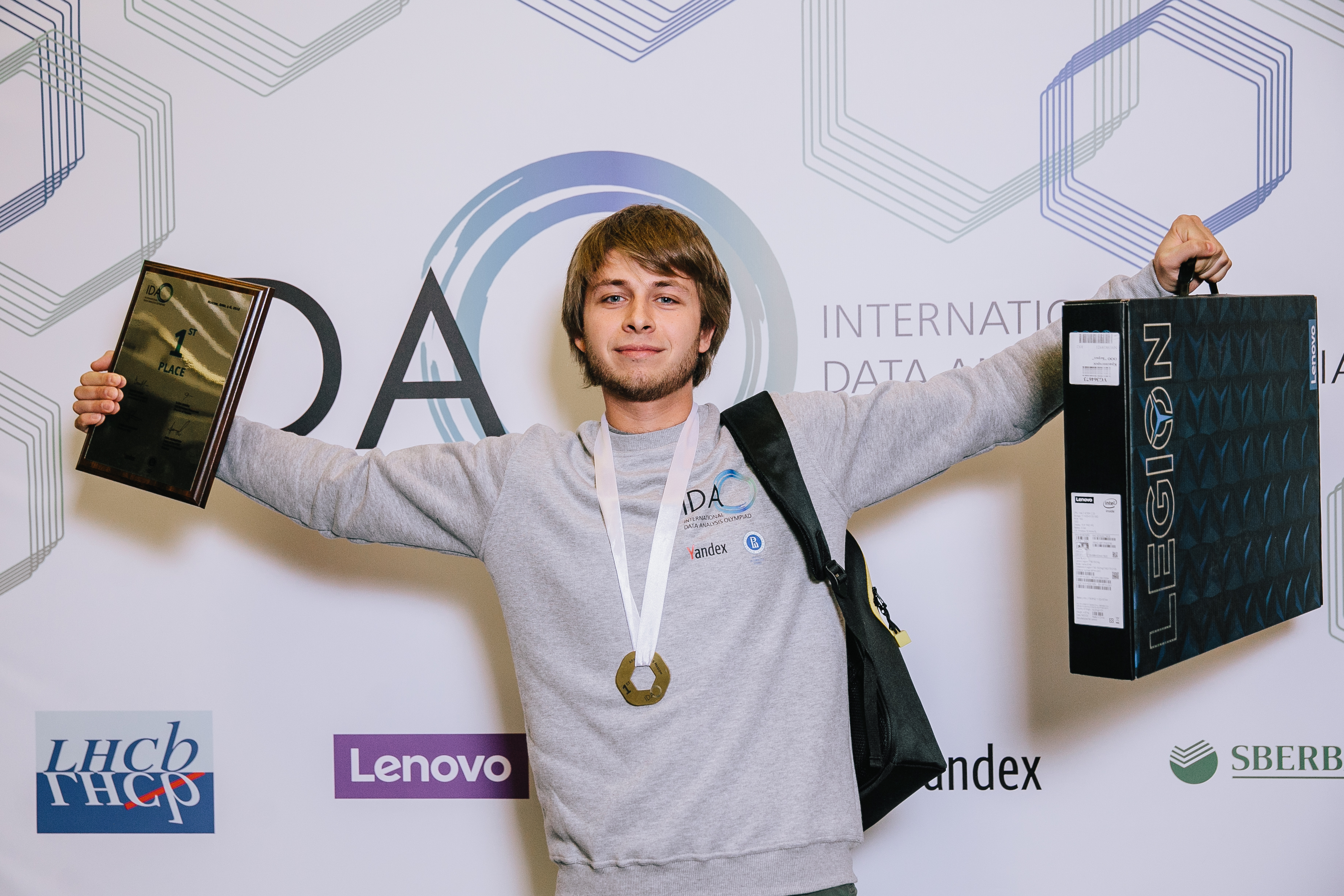 Team Mylene Farmer FCS (HSE) and Avito - 1st place
Ilya Ivanitsky:
'It so happened that I am a one man-team. My friend unexpectedly left me and joined another team; he didn’t even submit anything during the whole competition. I decided that I would perform alone and do it well. On the one hand, being alone helped because I understood that everything that I want to do, I will do it myself. I will not have an opportunity to offload the task to another person who, maybe, will not do anything. There was such predictability and efficiency. On the other hand, it was pretty sad and boring, especially when you sit 36 ​​hours at the hackathone alone, constantly coding  and running something on the server. Next time I will try to participate as part of a team, because it is at least more fun and more pleasant.' 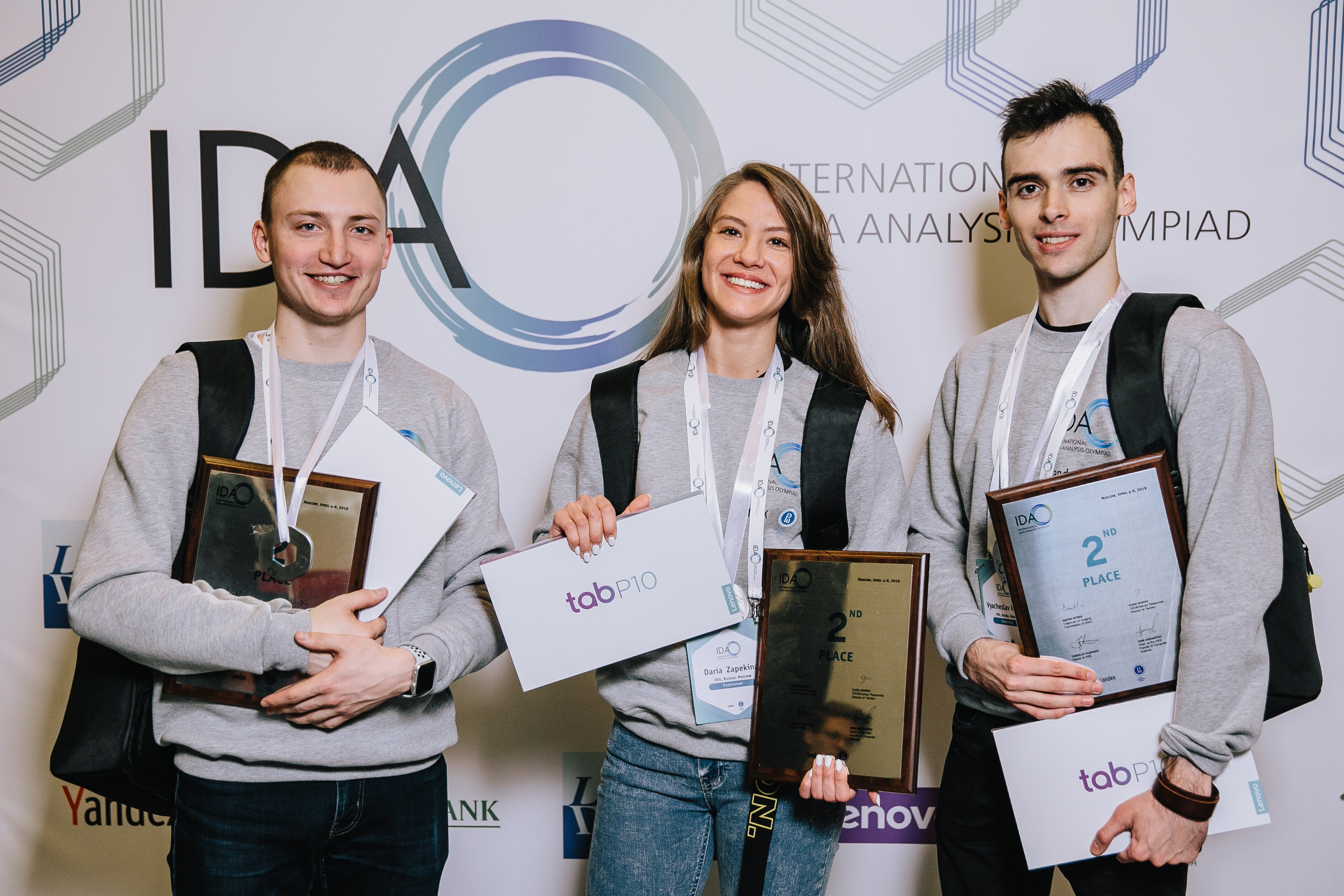 Team Zvezdochka * from Innopolis University - 2nd place
Ernest Glukhov, Daria Zapekina, Vyacheslav Karpov:
'All three of us are studying at Innopolis in the Data Science programme. The team was formed in the first semester when we did homework and small projects together. So we feel comfortable working together, everyone understands what the others are capable of, and at competitions we are able to act together. We do not have a clear division of roles. We all generate ideas and try to implement them together. At the offline stage it was hard. It is short, the task is interesting, and I wanted to try many things. You are implementing something new, assessing, improving the results, but it's already four in the morning, and you really want to relax. We began to gradually improve our result: that is, we have a baseline, add a function, if it improves something, then we leave it. And we understood quite early that we were in the lead. We were only worried about what data would be used for the final results, because if this data are not similar to the data we had validated before, then we did some useless nonsense. But wheb we saw that the data was similar to the data we used, we were finally able to breathe freely.' 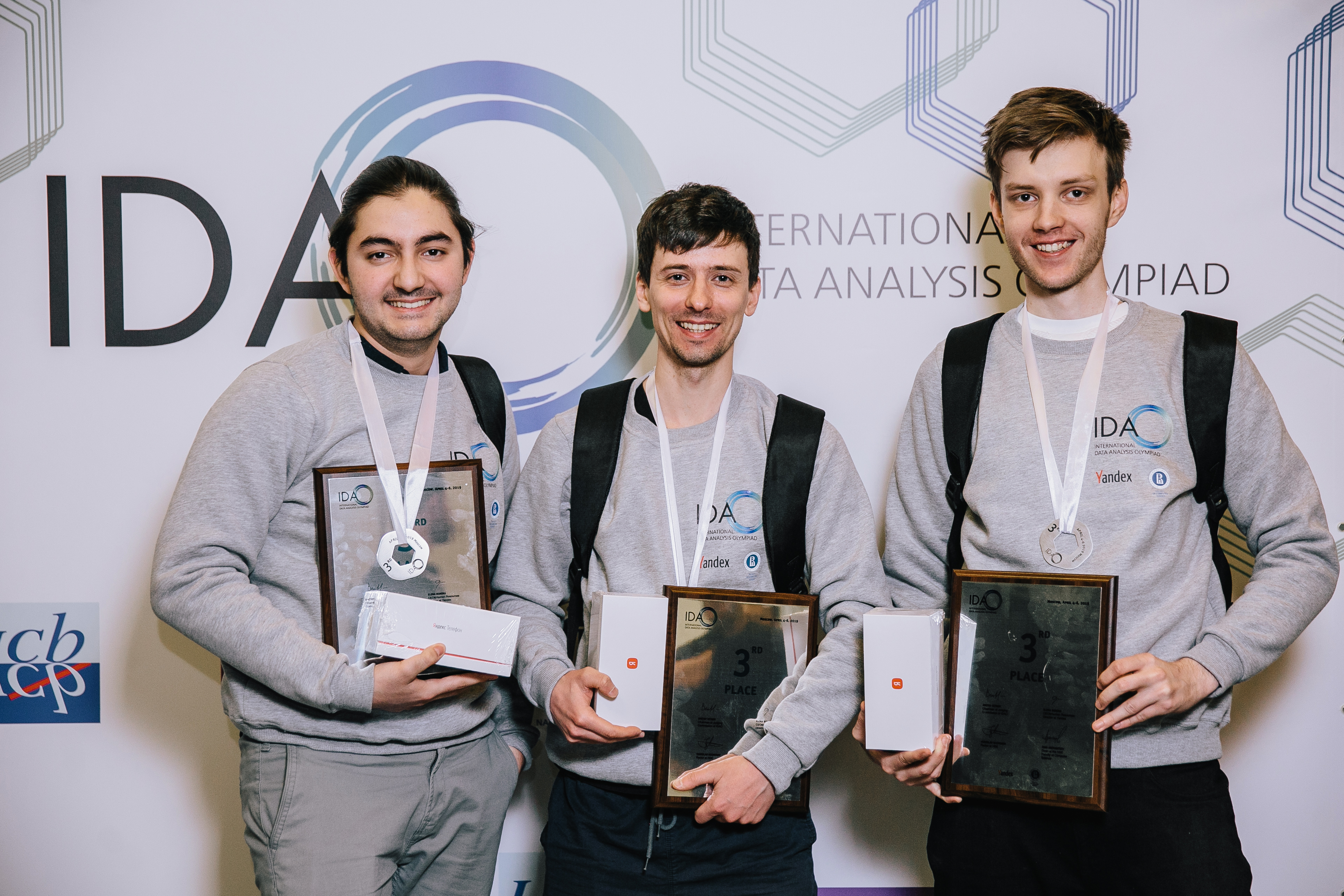 TEAM X - 3rd place
Andrei Kutsenko MSU; Sergey Kolomiets - Tyumen State University; Nazar Beknazarov - FCS HSE:
'In general, participating in IDAO was a spontaneous decision. A friend texted in a group chat, we made a team and started to solve the first stage. The first stage was about the separation of elementary particles. We knew absolutely nothing about them. We spent four evenings in a cafe and using the knowledge found in Wikipedia, we prepared a simple solution, but made it robust. In public, we were 20th. On the private we broke into the top 5. We probably got lucky and reached the finals.Then, in the second round, everything was different, the solution had to be prepared in 36 hours, and the task was rather unconventional. We knew a little about the time series and used everything we knew about them. But we also tried to get more information about the arrivals / departures of the aircraft, but, unfortunately, this did not affect the quality. After 36 hours, we were tired and sleepy. When we were sending the decision to private, we were already the fifth in public. Without much hope, we went to celebrate the coming of the weekend. But the next day we got word that it would be good for us to come. I arrived without much enthusiasm, as I thought, for a lecture or something like that. My companions did too. We were surprised at our third place. Probably, similarly, with the first stage we were able to make a breakthrough due to the robustness of our solution. Overall, we liked IDAO. The tasks were unusual and interesting, and the organization was up to the mark.' 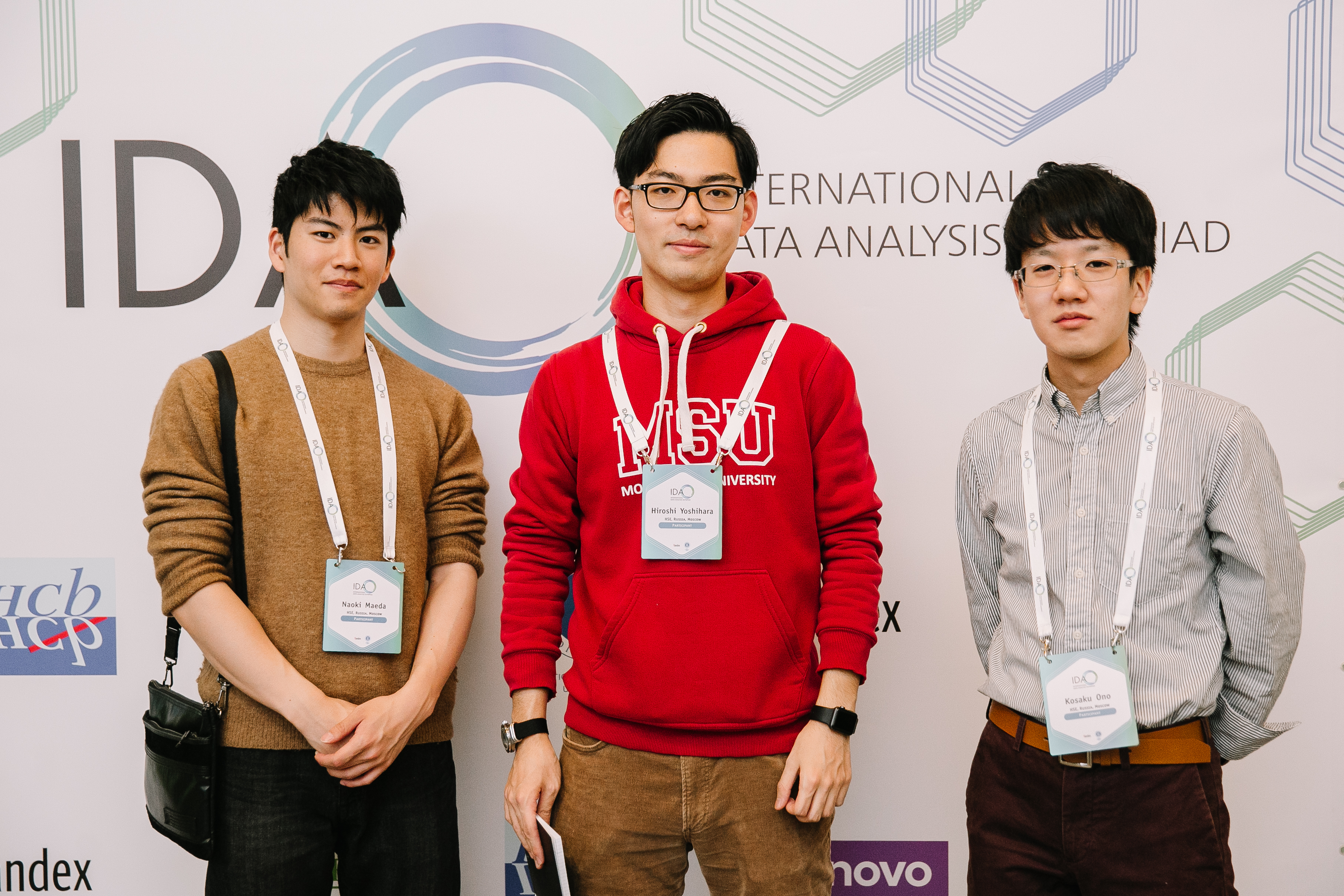 BarelyBears from Tokyo University - 4-5th place
(together with the shadd team from the Belarusian State University of Informatics and Radioelectronics)
Hiroshi Yosihara, Kosaka Ono, Naoki Maeda:
'The online stage with the task of muons from the LHCb collaboration group turned out to be a big challenge for us. The description of the task on the site was simply huge, it was difficult to even begin. It’s good that Ono studied physics at university. It helped understand the problems of elementary particles. The final round was also surprising. We worked all 36 hours, come up with many models and rather quickly took a high place in the ranking. Russian teams began to actively submit only by the end of the 36-hour trial. We watched in horror as many teams suddenly began to sharply score points all at once. It was very unexpected and scary for us!' 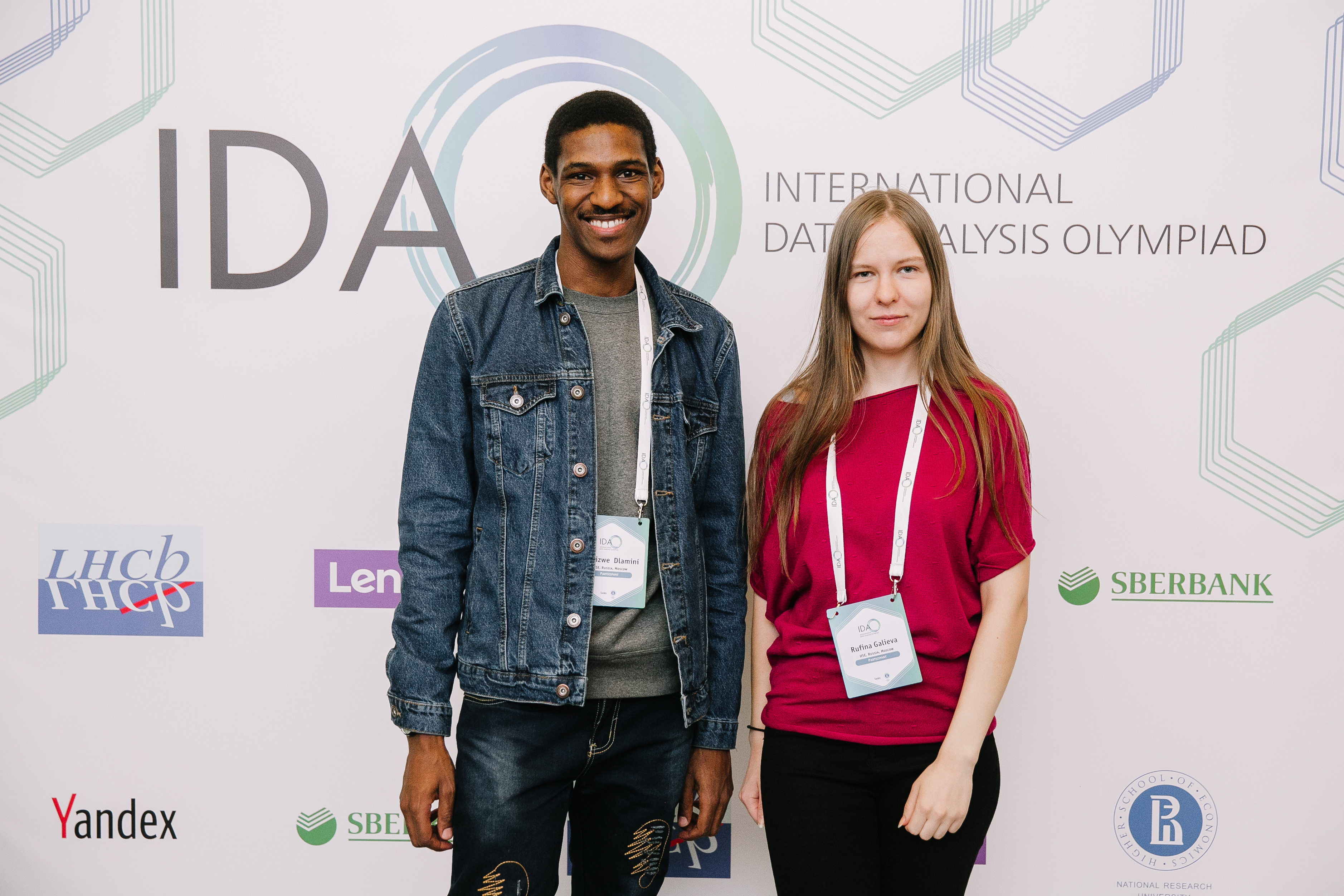 'We saw the poster at the university and thought: why not try it, we are scientists! So we registered on the last day. We are not so well-prepared, to be honest. We thought that we would see the problem and try to solve it, just as it happens in real life.The team formed spontaneously: we are friends and we study together in the Master Data Science programme in Innopolis. There should have been three of us, a full team, but the captain recently had a surgery and was unable to arrive. So, the two of us had to do our best. During the finals we had a lot of crazy ideas, applied everything that came to mind. Sometimes it worked, sometimes it didn't.'

The top three teams received prizes from IDAO 2019 partners. Lenovo recognized the winners with the most powerful LEGION Y740 laptops and x705L tablets, and Yandex gave third place winners Yandex.Phones. In addition, the results of the Olympiad will be taken into account in the candidate's portfolio when applying to the Master's programme at the HSE Faculty of Computer Science, and it will be possible to enroll at the Yandex Data Analysis School without online testing and examinations. This opportunity will be provide to the participants of the first 10 teams in the IDAO ranking. The only thing they need to do is to take an interview.

April 16, 2019
About
Faculty of Computer Science