In mid-October, staff members of the Faculty of Computer Science, Sergey Zykov and Ekaterina Chernyak, visited Chitkara University, one of the largest private universities in India. They conducted courses on software life cycles and automated text processing as part of the university’s annual school in engineering. 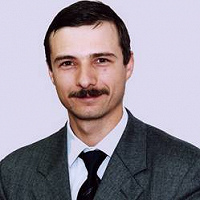 Sergey Zykov, Associate Professor at the School of Software Engineering


Our hosts organized the trip almost perfectly. Despite some difficult circumstances (during the course, we experienced blackouts, fire extinguishing thanks to a flood of water rushing in the classroom, a dust storm, and tropical rain), the equipment worked well and the quality of education turned out to be high. The students were very motivated, active and interested in solving practical tasks. That’s why I used metaphors in my teaching, which are intuitively clear for students. I told them about the specifics of architectural design through the example of the Golden Temple in Amritsar, a key local attraction. Speaking about the life cycle of software, which was the main topic of my course, I compared it with the wheel of samsara. This provoked a lively response and brought us closer during the several days of the course. As a result, out of the 66 students, only one didn’t pass the final test, and after the exam I was presented with three models of the Golden Temple!

What we visited is not just a university. In fact, private investors have built a real ecosystem with a kindergarten, a school, a university for 10,000 students, and an IT park. It was constructed from scratch, and a huge space was developed. I was impressed by the growth rates. In fact, two cutting-edge campuses were constructed and fully equipped within five years. Private capital is probably the reason, but the results are impressive.

It is wonderful that the university graduates have developed an enterprise resource planning (ERP) system for their alma mater. I have many times taken part in developing such systems and administered their implementation. Such development often requires many years and enormous human resources. And here the development took only two years, and the system covers all aspects of management (staff, finance, paperwork etc), includes a mobile app and provides a sufficient level of productivity, failure-tolerance and security!

I was impressed with how closely the university is integrated with industrial development: 20m away from the academic building and the dorm, there is a conditioned greenhouse, where the harvest of tomatoes is ten times higher than the average in the country. And this is without genetically modified products, growth accelerators and even without any soil, instead using hydroponics with centralized computer control! And there are dozens, if not hundreds, of such examples of successful business incubation at the university based on cooperation with some of the largest companies in the world, such as Microsoft, Oracle, and SAP.

My impressions are as bright and varied as the colours of the Indian sari. The intensive education, a lot of trips to sometimes faraway attractions, and plenty of interesting meetings in terms of research and practice. I’m very grateful to HSE for the opportunity to participate in this event. I hope that the tradition of cooperation as part of the 5-100 programme will continue. 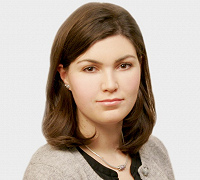 Ekaterina Chernyak, Senior Lecturer at the School of Data Analysis and Artificial Intelligence

First of all, I was impressed by the university’s hospitality and the event organization; all the necessary materials, trips to tourist attractions and to different university campuses, a school and a kindergarten, were prepared for the 20 lecturers who participated in both weeks. Each of the lecturers had teaching assistants, who not only helped with the technical preparation of the materials, but also told us about the students’ background, interests and career plans.

I conducted a course on automated text processing for third-year students of Computer Science. I read the same course for third-year students of the HSE programme in Applied Mathematics and Information Science, and it was interesting for me to compare the experience of teaching two different groups and I noticed some cultural differences. The classes on automated text processing involve a lot of communication with students; we invent examples of various language phenomena together and discuss the difficulties that may arise in working with texts in certain languages. The Indian students gave a lot of examples related to the ocean (although it is far away from the city of Chandigarh) and cricket. Of course, the examples suggested by HSE students are related to completely different topics. In some ways, Indian students are more practice-oriented: they were not interested in talking about models and theoretical comparisons of various methods, but liked to independently solve small tasks on real texts. Of course, the look and behavior of students is very different: in India, uniform is obligatory in all educational institutions, from kindergarten to university; it’s strictly forbidden to use mobile phones in the classroom; they address the lecturer ‘ma’am’ or ‘sir’, not by their name; and the teaching is conducted only in English, not in the local language of the state.

This was my first experience of teaching in a foreign university. At first, it was hard to get used to the different food and unfamiliar gestures, but working with students is so interesting that it takes your mind off such little things. As a leaving present, my students gave me a tikka – a forehead decoration and a giant box of chocolates, and promised to write to me about their achievements in automated text processing. I’m grateful to Chitkara University for the invitation and the opportunity to have this unique experience, as well as to HSE for their support.

Chitkara University, one of the largest Indian private-owned universities, is located in the north of India, in the city of Chandigarh, state Punjab. Chitkara University hosts annual events for third-year undergraduate students of Computer Science and first-year master’s students – Engineering Week and Business Week. During the week, lecturers from universities from all over the world teach courses in their respective applied topics. This year lecturers from Australia, Germany, Indonesia, Russia and Finland took part in the Engineering Week. 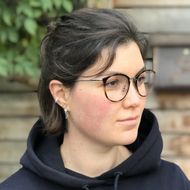 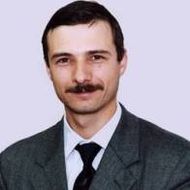