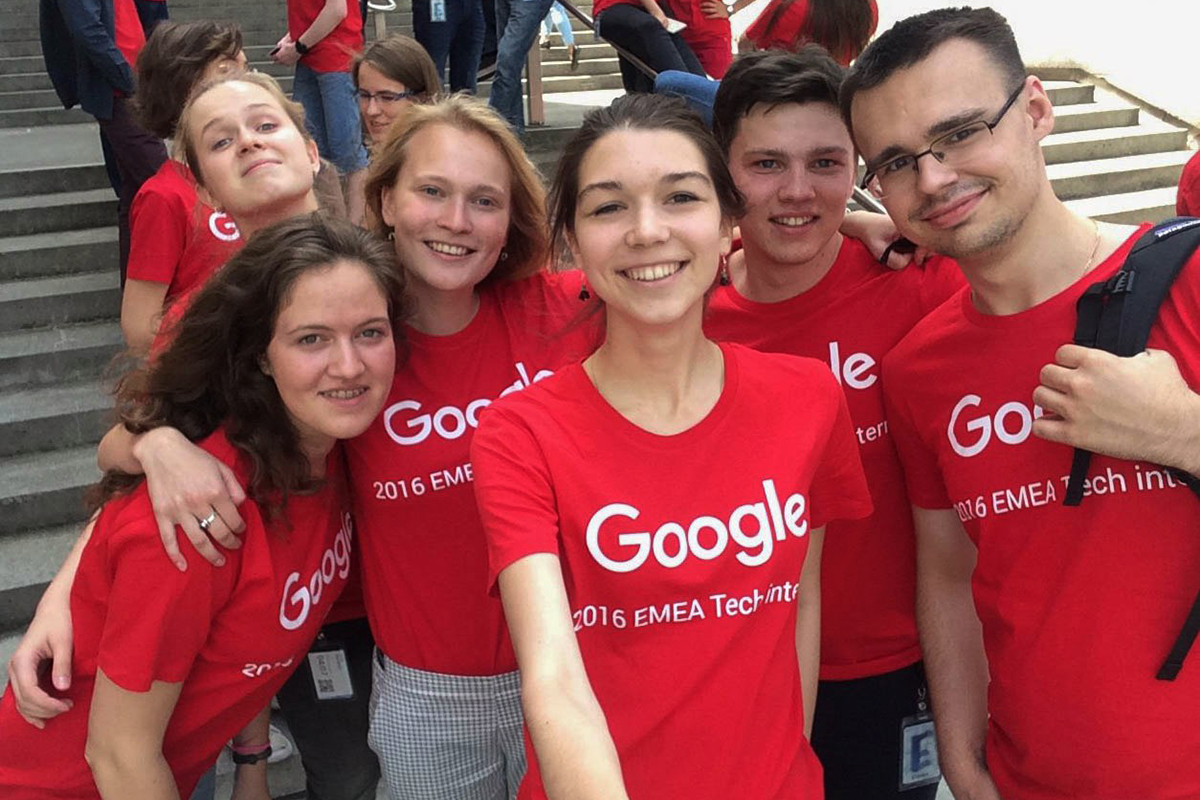 Over the course of three months, 11 students from the HSE Faculty of Computer Science interned for Google at the company’s offices in the U.S., Switzerland, Germany, Great Britain, and Poland. The HSE News Service spoke with several of these students and learned how they got the internships, how Google treats its interns, and whether or not a refrigerator full of ice cream interferes with the work process.

From Recommendation to Interview

The story of how three students from the HSE School of Applied Mathematics and Information Science – Daria Walter (junior), Lev Proleev (junior), and Aleksei Kalinov (sophomore) – got their internships at Google is testimony to the importance of developing a good reputation from the very start of your academic career.

Google, like at the majority of larger companies, has a referral programme that allows current employees to recommend an applicant for an internship. This makes is much more likely that the student’s resume will be looked at among the hundreds of others that the company receives. Daria’s recommendation, for example, came from a Faculty of Computer Science faculty member who currently works at Google, while Aleksei was recommended by a Google employee who had seen his resume before. ‘Thanks to the recommendation, I got a response surprisingly quickly, and I had two technical interviews scheduled within just a week. Overall, I had four interviews, and the entire process spanned half a year. But I finally found out at the end of April that I was chosen to work on a project at the office in Zurich,’ Daria explains.

Lev, on the other hand, essentially recommended himself – he had already interned at Google last year in Zurich, which is why the company invited him back for a second year, this time to Google’s headquarters in Mountain View, California. 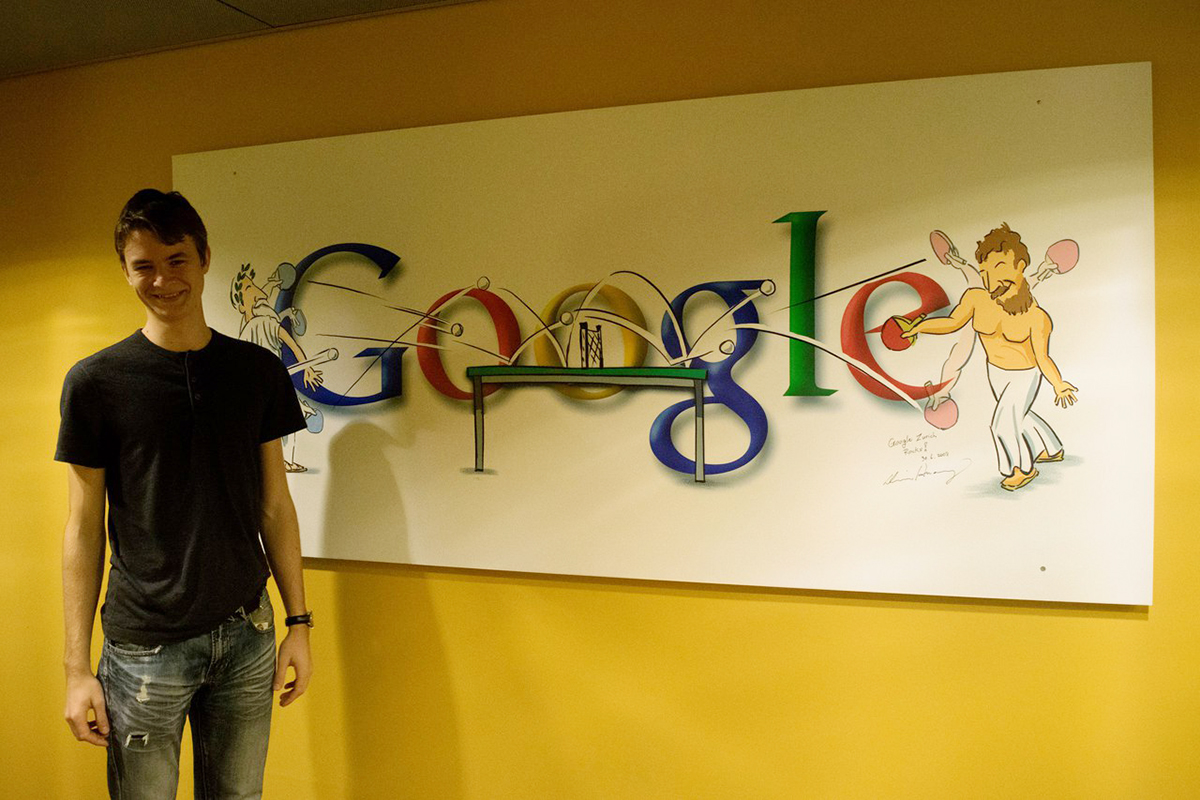 Aleksei Kalinov at Google in Zurich

The project that Lev worked on in Mountain View focused on Google Play recommendations, while Aleksei was part of a team in Zurich that worked on YouTube. More specifically, Aleksei’s team launches YouTube in different countries and creates infrastructure for users who speak different languages. His job was to improve the language classifier using semi-supervised learning methods. This included experimenting with data and different signals, as well as creating smaller internal infrastructure that allows for classifier training to begin and for the results of the classification in the test sample to be evaluated.

Daria was on a team that focused on Google search. In 2012, Google created Knowledge Graph, which is a data structure that speeds up the extraction of a set of facts on a specific search object. The project is actively developing, and several teams are carrying out different data-based experiments on Knowledge Graph to help improve the quality of the searches. ‘My task was to expand the scope of these experiments, provide support for new types of experiments, and improve upon the functionality that already existed. In the end, this work aimed to increase the relevance and completeness of search results,’ Daria adds.

Interns Break Everything, but Are Treated Well

Daria was surprised that there were so many interns at Google and that the company devoted so much time to them. ‘[Interns are] people who cause a lot of problems – servers go down, everything breaks, and a lot of resources have to go towards training them,’ she says. But this is obviously worth the new talent that the company can find through the internship programmes.

The students note that the ‘older folks’ treated them with fairness and respect. Aleksei’s colleagues helped him handle the mass of new information at the beginning, and they treated him like an ordinary team member and were interested in his opinions on their current projects. They were also very unique individuals – one person had a PhD, one had not graduated from college, but they were all united by the fact that they were great at what they did and were constantly developing.

Of course, the interns were not just left to their own devices; they had mentors to help them. For the mentors, this was in addition to their normal duties, but the extra work did not stop the mentors from being kind and patient with the interns. ‘They explained things to me, drew pictures, wrote detailed technical requirements, and calmly clarified things a second time,’ Daria says. ‘The mentors were really easy to talk to, but at the same time there was always a sense of respect and kindness. I know that this was more than just human sympathy; it also demonstrated the responsibility that everyone on the team felt for one another and for the entire team’s work as a whole,’ she adds. 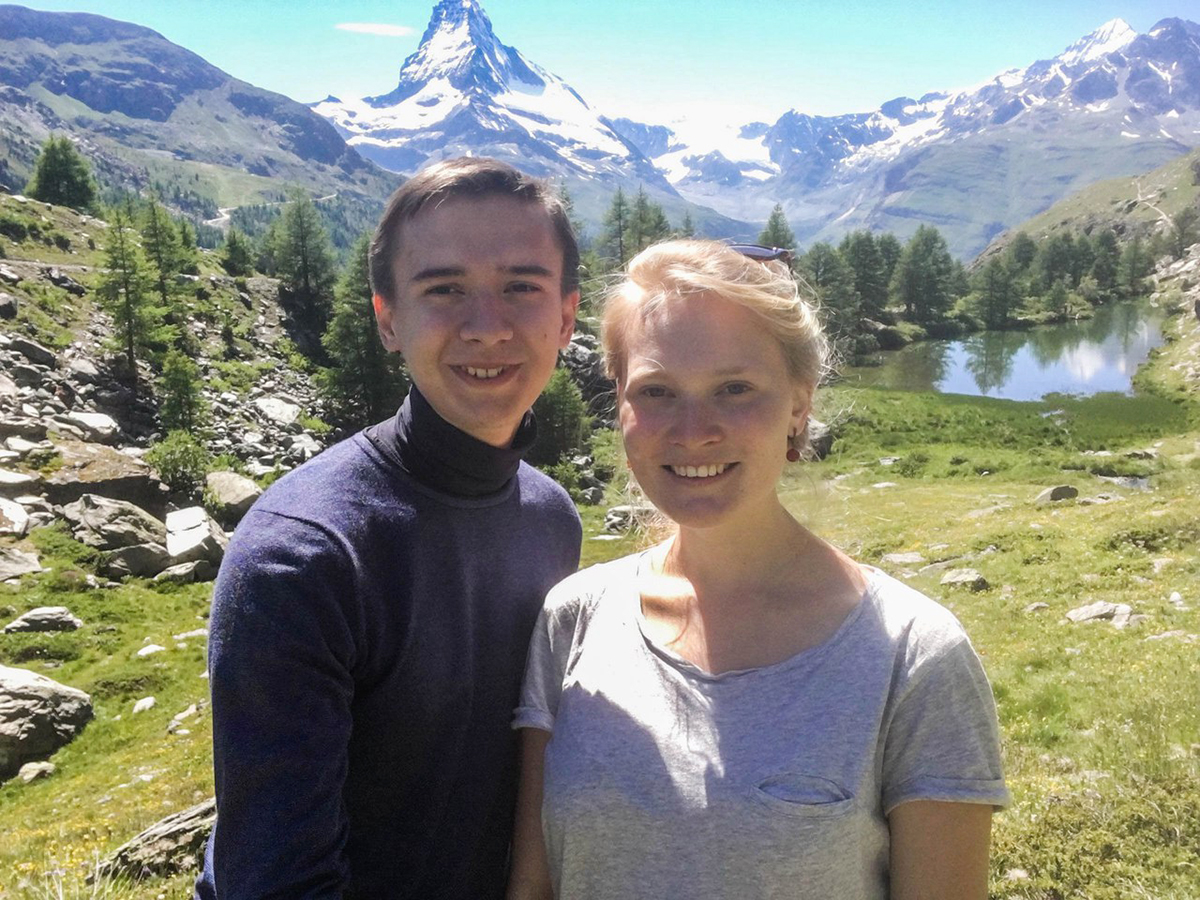 The students went to meeting with regular employees, discussed tasks, and proposed solutions. ‘By the end of the internship I felt slightly less experienced than everyone else, but still just another part of the team,’ Lev comments.

This type of relationship with younger employees might simply be part of the overall friendly atmosphere at the company. This is something the students took note of.

‘What surprised me most was how completely open the company was to employees,’ Aleksei says. ‘This is demonstrated in a number of ways. Firstly, any employee of the company is able to ask Sergey or Larry [Sergey Brin and Larry Page, the founders of Google] a question and get a response from them directly. This takes place during weekly meetings when company news is disseminated and the founders answer questions. The meetings are broadcast to all of Google’s office, and you can ask a question remotely. Secondly, anyone can see what a different employee or team is working on and offer to assist them or give them some ideas.’

Before starting the internships, the students had of course heard about the excellent working conditions at the company. (Click here to find out more. Website in Russian.) The students have now seen what all the fuss is about – gyms, Lego play areas, rock-climbing walls, panoramic windows looking out over the mountains, restaurants with different national dishes, and all of this during work hours. And as for working hours, employees have an open schedule.

Aleksei had this to say of his typical workday: ‘It started at either 10 a.m. or 11 a.m. depending on how much I wanted to eat and have breakfast. Then the real work began. At 1:00 p.m. the team and I would go have lunch and then work some more, taking breaks for meetings and snacks. Sometimes there were sporting events and other activities built into our schedule as well’

How does one work in this type of atmosphere? Very efficiently, the students believe. ‘You still work the same amount of time as you would with a strict and disciplined schedule, maybe more. But you can still step away from your desk for a few minutes and return refreshed and ready to go,’ Aleksei notes.

‘At first I was worried that I wouldn’t be able to step away from the refrigerator full of ice cream or that I’d stay in the virtual reality room all day long. But the atmosphere in the office does everything but relax you,’ Daria explains. ‘First of all, the work is much more interesting than the ice cream. Second, the pace of development doesn’t give you time to relax. Plus, you see people play table tennis for a few hours and then go back to their desks to do more work in the time they have left than you could do during the entire day. This motivates you.’

‘An open schedule just allows you to code whenever is convenient for you. The constant feeling that you can complete something faster encourages you,’ Lev says, adding that that during his second internship, you are much calmer when it comes to these perks. 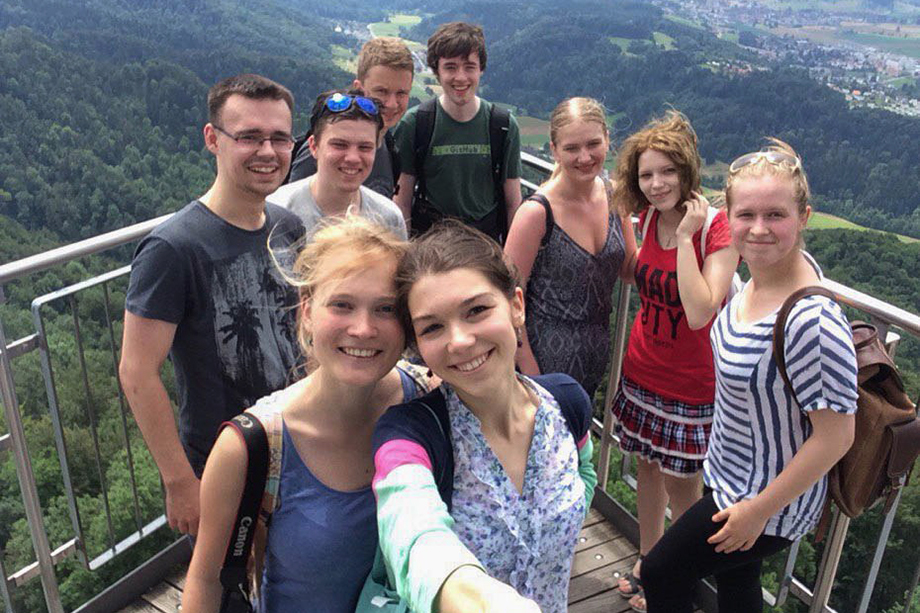 Google interns from the Faculty of Computer Sciences

‘The internship gives you a sense of certainty about your future because it’s valuable work experience at a famous company, you get practice speaking English, and you learn about new tools. Secondly, well, it’s just a beautiful line to have on your resume,’ Lev comments.

The students are now making up for the month that they missed at the university. ‘I really want to continue my studies,’ Daria says. ‘After the internship, I feel much more motivated and sure of my decision.’ Daria has already decided that her main interest concerns machine learning and artificial intelligence. Lev is also interested in machine learning and computer vision. As for Aleksei, he has not yet picked a specialization, which is why his main objective is to figure this out and work on a ‘cool project.’

And of course, everyone has already started thinking about new internships, and not necessarily at Google again. They might even look for companies outside of the IT industry where they can ‘try out a job in a different atmosphere.’